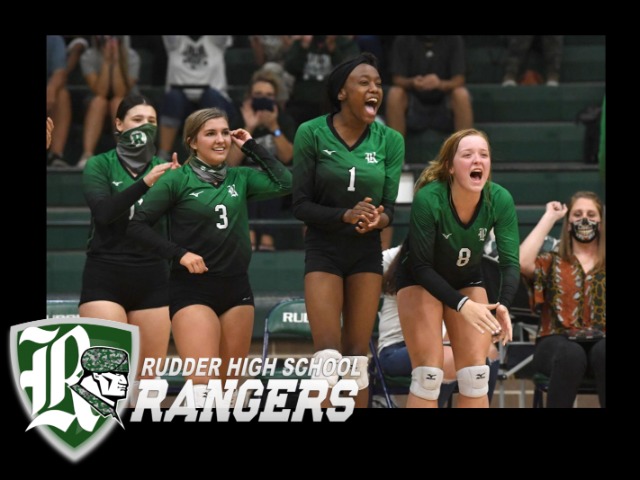 Rudder volleyball coach Jacky Pence says her team has to learn how to win. The Lady Rangers got four opportunities to notch the deciding point Tuesday at The Armory, and they cashed in the fourth for some history.

“You have to learn how to win those big ones and that was fun for us,” Pence said. “We just asked our kids to compete, and we knew we had a chance just because they had played teams similar to how we played them, so we kept kind of brainwashing [the players] and telling them they have a chance.”

The chance turned into reality when Neeley Rutledge posted her team-high third ace for the final point.

After alternating victories in the first four sets, Consol saved two match points, the second with a kill from Charli Crowson, who added another kill to erase Rudder’s third match point. Consol had an opportunity to win it, but a hitting error evened the fifth-set score at 16. Symia Alexander and Londyn Singleton then set up the winning serve with a block.

Rudder, as it had in all but the fourth set, got off to a good start in the deciding set. Hailey Pohl and Alexander started it with a block. Asani McGee had a kill, and three Consol errors later Rudder led 5-0.

Consol called timeout down 7-2, and Pence said she warned her team it wasn’t over, that she had seen to many close games after quick starts. Consol proved her right and rallied to tie the score at 8 on a Rudder violation. The Lady Tigers then went up 10-9 on a Jordyn English kill. At 10-10 the Lady Rangers regained the lead when McGee’s block caromed off Pohl’s head and over the net for a point.
“When I saw that, I thought, ‘Oh, this is good,’” Pence said. “It literally went off her head.”

Consol twice rallied to even the match by taking sets two and four but couldn’t overcome its own mistakes.

“Too many hitting errors, and I tell them all the time we can’t play down from our potential,” Consol head coach Colten Conner said. “We’ve got to focus on ourselves and we made too many errors. They capitalized on the points they needed too, but we gave them half their points. Fourth game, that’s the way [we should play].”

McGee, who had four blocks, led Rudder with 17 kills and had only three errors, but it was the Lady Rangers’ back line that kept them in points and ultimately the match. Libero Gracie Menchaca had 28 digs and got plenty of help from Singleton with 21 and Jordan Little with 19. Singleton also had 12 kills.

“We call it in a row volleyball, and we kept telling the kids let’s just play in a row volleyball, and that is you hope you keep it off the floor on your side and eventually the other team will mess up,” Pence said. “Can’t do that against every team, but we felt tonight that was a decent strategy. They were making some hitting errors, and if we could last long enough we could end up with the point. We won with a lot of grit tonight and trusting of each other.”

Pohl posted 31 assists and Reagan Aponte had 14 assists.
English paced Consol with 16 kills. The Lady Tigers looked more dangerous when they started to go to Cierra Gilbert, who had seven kills from the middle. 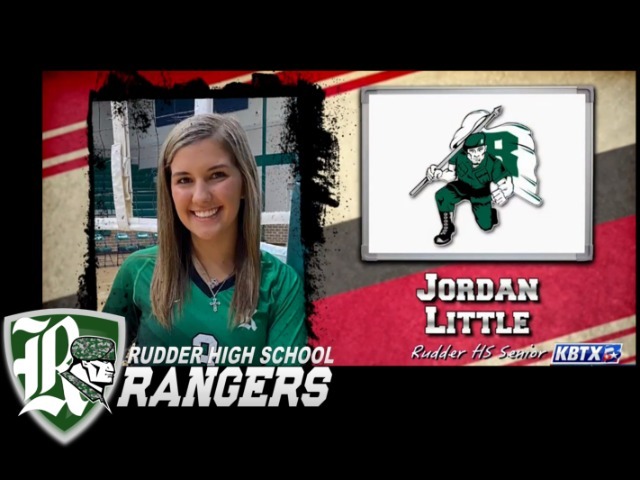 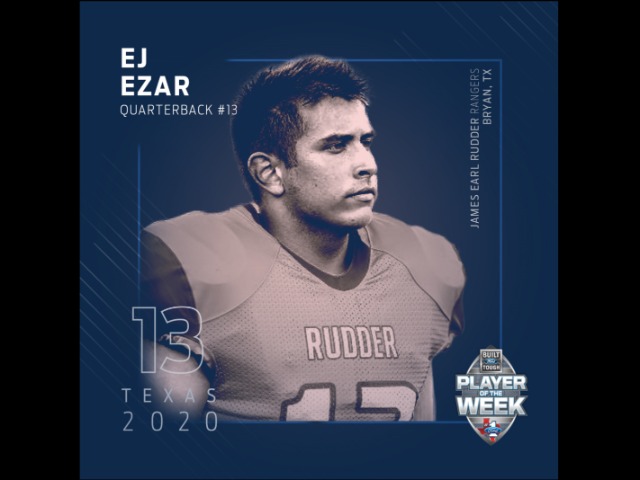 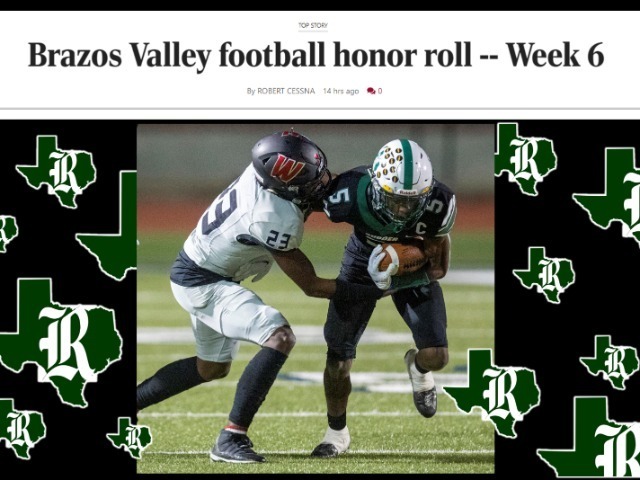 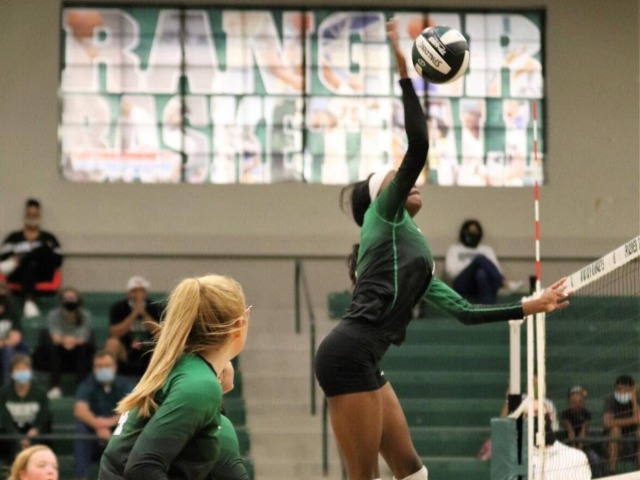